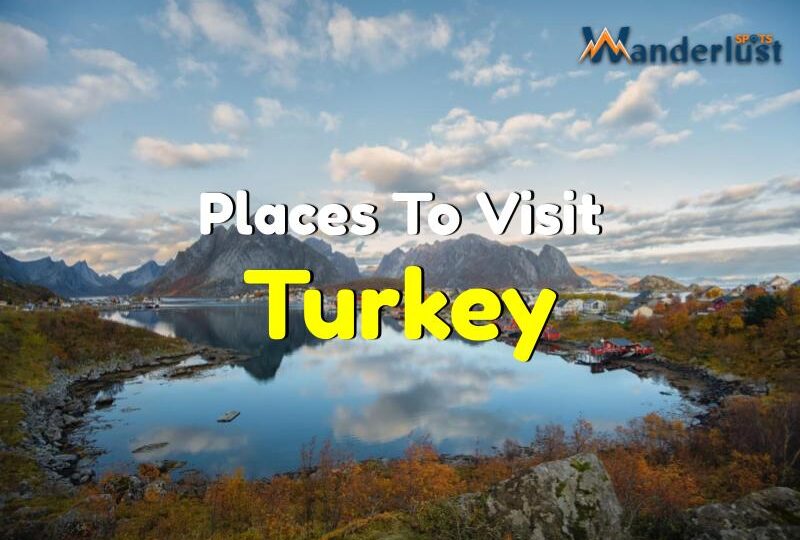 Turkey has been the crossing point between Europe and Asia for countless years. A country like Turkey is undoubtedly rich in natural landscapes like towering mountains and serenity-granting beaches. Who can forget its richness in the history of the origin of the famous Ottoman Empire? It is a hub of cultural exchange and trade and the perching point of numerous religious monuments and representations of the culture and architecture of the West; hence is the emblem of the collision of the culture of the East and West. Because it is beautiful and diverse, it is also one of the favorite travelling spots for tourists.

Below is a list of some of Turkey’s most beautiful places to visit.

Istanbul, the largest city in Turkey and one of the biggest cities in the world, was once the capital of the Ottoman and Byzantine Empires. Istanbul is the only city in the world to bridge two continents, covering both sides of the Bosporus, a waterway that separates Asia and Europe. Istanbul is one of the top tourist destinations globally thanks to its impressive architecture, historical landmarks, cuisine, shopping, nightlife, and exotic environment. You can visit Old City’s historical sites, including Blue Mosque and Top Kapi Palace. The New City, another significant neighborhood, is well-known for its contemporary attractions, skyscrapers, and shopping centers.

Antalya is a worthy place to visit in turkey, especially for nature lovers. The two main beaches outside of town are sun-paradise loungers in the summer and draw tourists from all over Europe. Antalya streets are famous for being adorned and built with cobblestones. For tourists who prefer to utilize Antalya as a base, there are many attractions outside town beside the impressive Hellenistic and Roman marble statues preserved in the Antalya Museum.

Want to see and replenish yourself with the knowledge of ancient Turkey? The City of Ephesus is one of the ideal destinations to visit in Turkey. The City of Ephesus is situated near Saluki, a little hamlet 30 kilometers from Kusanagi. It was once a bustling business hub and is now one of Turkey’s top tourist destinations. Some buildings, including The Great Theatre and the Library of Celsius, can still be seen even though most of it is in ruins. Once the biggest temple in the world, the temple served as a reminder of Ephesus’ importance. Although the temple was unfortunately largely destroyed sometime in the fifth century, visitors can still explore the ruins and enrich themselves with the grand history of the place.

To please your eyes with the natural vistas of Turkey, you can explore places like Pamuk kale. The place is famously nicknamed “Cotton Castle”. You can explore the Greco- Roman Hierapolis. You can swim in the mineral-rich waters. You can also take pictures of the mesmerizing scenes of the place.

Bodrum, formerly a charming fishing community of a few thousand people, has developed into one of Turkey’s most well-liked tourist destinations. People from all over the world are drawn to it by its warm, colorful environment. The Bodrum Castle, the Museum of Underwater Archaeology, Mynde’s Gate, and the historic Bodrum Theatre are among the top Turkey tourist attractions that you shouldn’t miss seeing. The fascinating ruins, breathtaking beaches, and cliff-top resorts of Bodrum draw tourists worldwide. You can consult and visit an online resort service and use Mercury Holidays discount codes to get your accommodation booked at an affordable price. Tourists may locate a lovely beach with a view of the bright blue water on Bodrum’s eastern side. There are numerous cafes, restaurants, and nightclubs close to the shore. The marina, retail establishments, and eateries are located on the city’s western side.

Every photographer’s fantasy is captured in Cappadocia’s bizarre, curving rock valleys. Rippling panoramas of wave-like rock formations or bizarrely shaped pinnacles that have been fashioned by millennia of wind and water activity can be found on cliff ridges and hill crests. To view the breathtaking paranormal, the place is ideal for a hot air balloon ride.

The Mount of Nemrut is another region’s wonder of being witnessed while travelling to the place. Antiochus I, king of the Comma gene Kingdom, located in this area between the Roman and Parthian empires, is credited with erecting the top. Antiochus I erected a 50-meter-high artificial peak on Mount Nemrut’s summit. Then he embellished it with statues of himself and numerous gods to devote this massive funeral mound to himself as a showcase of his importance.

Marmaris, one of Turkey’s most well-known coastal resorts, is surrounded by picture-perfect scenery, including pine-covered mountains, turquoise waters, white sand beaches and ancient buildings. This magnificent cruise port, situated on the Turkish Riviera in southwest Turkey, is a tourist haven with outstanding sightseeing options, delicious restaurants, and vibrant nightlife.

To delight yourself in the unending natural sightseeing beauty, you can visit a place in Patara. With such a vast Mediterranean coastline. Enjoy the endowed gift of sunbathing by Turkey by visiting Patara. You can also visit the ruined remains of the popular Lycian metropolis.

Konya, a sizable city in Turkey’s Central Anatolia Region, is one of the oldest cities in the world and is well known for its amazing Seljuk architecture and Whirling Dervishes. Some beautiful structures from that time can be seen today, such as the Aladdin Mosque, which contains the tombs of various sultans. The Ince Minera Medrese, which is now a museum and houses antiquities from the Seljuk and Ottoman periods, is another well-known illustration.

The Durden Waterfalls, one of Turkey’s most beautiful, are spectacular and a destination you must not skip if visiting this Eastern region. The area appears magical, with the massive volcanic mountains encircling the cave and the riverbed.

A place like Turkey, evidence of the remarkable fusion of East and West, can become your travelling and tourist spot. Like other eastern and western countries, the place abounded with the profound beauty of nature and history. You can add the list of the above places to your bucket list if you plan to visit this culturally rich region this holiday.

Author Bio: Jhon Liam is a content marketer who works for Affiliate Marketing – Discount and Voucher Codes Providing Platform. A writer by day and a reader by night; He is striving to make the most of the new opportunities that comes in his way and excels in everything he does. 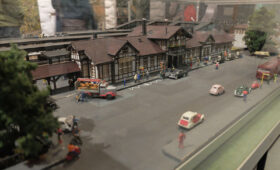 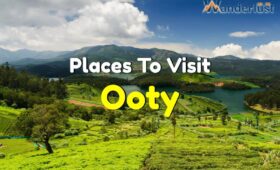 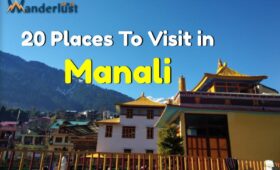 20 Places To Visit in Manali