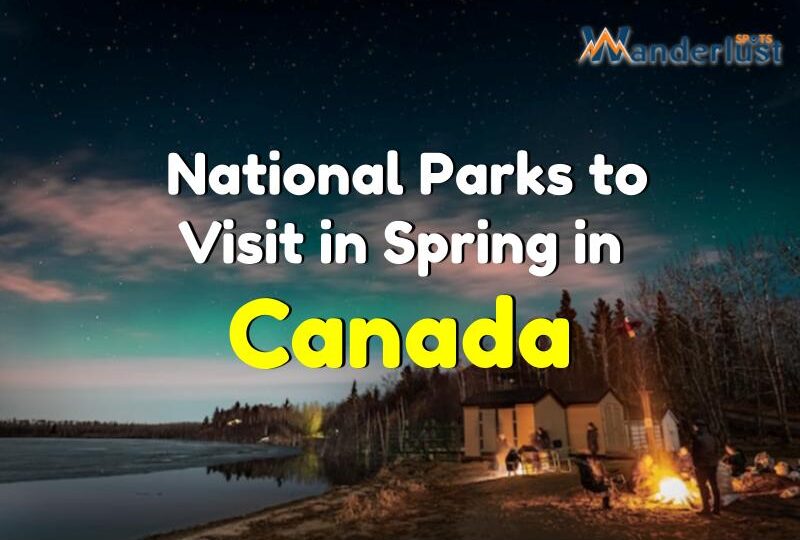 Seeking adventure? Look no further than Canada’s stunning national parks.  There is no better time to explore Canada’s natural beauty now that the border is open.

Spring is the ideal season for getting outside and exploring. And there’s no better place to do it than a National Park in Canada, with your Canada visa. Here are a few parks to visit as the weather warms up, with everything from hiking trails to blooming flowers.

Here Are National Parks to Visit in Spring in Canada

Elk Island Park was established in 1906 as Canada’s first wildlife sanctuary. Elk Island was designated as Canada’s sixth and only entirely-fenced national park by the Dominion Parks Service in 1913.

Elk Island National Park, located just 40 minutes from Edmonton, is the ideal getaway from city life. What’s the big deal here? Of course, bison and elk! If you’re looking for something more active, there’s a festival and geocaching, as well as Parks Canada classics like hiking, camping, kayaking, sailing, and more. More activities in this incredibly diverse park can be found here.

Point Pelee National Park of Canada, located 30 miles south-east of Windsor, Ontario, is one of the country’s smallest national parks, but it attracts approximately 300,000 visitors each year.
Point Pelee is equally beautiful in the south as it is in the north (in our humble opinion). This park is a lush, forested oasis that is ideal for a getaway. During the Festival of Birds, visitors can see several species of birds migrate through the greenery. Alternatively, go on a wildflower walk to explore the colors of the wildflowers that bloom every spring. Are you looking for something low-key? Have a picnic, paddle through the wetlands, or hike the trails.

Follow the road signs to the west side of Prince Albert National Park to see one of Canada’s few remaining populations of free-roaming plains bison within their historic range.

You’ll be transported to stunning wilderness in Prince Albert National Park just under three hours outside of Saskatoon. Tucked away in a boreal forest, you’ll feel at one with nature as you’re surrounded by towering trees, free-roaming plains bison, and other wildlife. You can relax on the beach (when the weather permits), canoe, cycle, and even explore the town of Waskesiu within the park.

The Torngat Mountains, derived from the Inuktitut word Torngait, which means “place of spirits,” have been home to Inuit and their forefathers for thousands of years.

This park in Newfoundland and Labrador is known for its rugged wilderness and breathtaking vistas. Because of the park’s remoteness, the sprawling fields and jagged mountains appear untouched. Camping and hiking are popular spring activities, and there are plenty of places to do both. Other top contenders include photography and wildlife watching, both of which are abundant in this nearly 4,000-square-mile park. Just remember to register when you enter the park so that the rangers can keep track of who is there.

Aulavik is classified as a polar desert. The park receives approximately 300 mm of precipitation per year, one-third of which falls as rain during the summer.

This rugged and fairly remote park on Banks Island in the Northwest Territories is home to a variety of landscapes that are sure to please any adventurer or photographer. Consider fertile valleys, polar desert, rocky coast, and badlands. You can hike, camp, and even canoe or kayak (though you’ll need to fly into the park or book with an outfitter to do so). Keep an eye out for unusual northern nature and wildlife, such as the Arctic fox, as well as archeological artifacts.

The remoteness of these 63 islands contributes to their obscurity. The park is only a few hours’ drive from Toronto, but once there, it can only be reached by boat. Its breathtaking landscape of windswept rocks, trees, and open water is part of what drew the painting collective The Group of Seven to this location.

Beausoleil Island is an excellent place to begin your adventure. The sandy beaches, accessible hiking trails, and bayside cabins are ideal for exploring the area. If you enjoy canoeing, the park has many primitive campsites that can only be reached by paddling.

The Bruce Trail, as it is known locally, is located slightly further afield from Toronto. The crystal-clear blue waters and sweeping cliffs make you feel almost otherworldly, or like you’ve left Canada. This park is well-known for its hiking, bouldering, and breathtaking views.

There is a network of cross-country ski trails to make the trip worthwhile during the winter months. Even in the height of summer, the water is uncomfortably cold. After your swim, make your way to the end of the peninsula’s quaint town of Tobermory for some fish and chips or to see one of the region’s famous lighthouses.

The Gulf Islands are a must-see on the west coast. The Gulf Islands, like many of the parks on this list, offers excellent hiking, biking, and camping, but what sets it apart is its wildlife and watersports. Orcas, sea lions, and wild lilies are among the many species that live on the 15 islands.

Rent a kayak to get up close and personal with marine life, or if the season permits, visit one of the park’s 17 orchards and go fruit picking. The Mediterranean-like climate allows for the cultivation of species that cannot be grown elsewhere in the country, such as olives. The park is easily accessible from Vancouver by ferry, and many of the islands are linked by a bridge.

The main draw of this park is hiking, biking, or walking the Cabot Trail. The park is part of the Appalachian Mountain chain and is surrounded by the Atlantic, providing breathtaking views. It also has excellent fishing, with the possibility of catching a speckled trout or salmon if you’re lucky.

If catching dinner isn’t on your agenda, the trail is littered with family-owned restaurants where you can eat everything from local Acadian food to learning how to have a seaside lobster boil. The park’s newest attraction, a 27-car gondola, makes taking in the sweeping Atlantic views even easier.

10. National Park of the Kootenay

When most people think of visiting the Rockies, they think of more popular parks like Banff and Jasper, but a trip to the Kootenays is just as rewarding. Because of its vibrant ski scene, this is one of the few parks that thrives more in winter than in summer. Traditional downhill slopes such as Revelstoke and Fernie are available, but for more adventurous and experienced visitors, the park is home to a vast network of backcountry trails where a guide is highly recommended. After skiing, you should visit Radium Hot Springs to relax your aching muscles. Check out the park’s many lodges for a place to stay.

Kulane, located in Canada’s Yukon territory, is one of the more remote parks, but the journey is well worth it. If you’re one of the many people who want to see the Northern Lights, this is the place to go. Although visible from August to April, the phenomenon is most noticeable in the first few weeks of winter. It’s a good thing there’s plenty to do at that time of year because the park also has cross-country ski trails and ice fishing. If you prefer to travel in the summer, rafting the Alsek River is a fantastic adventure.

This park is made up of over 200 small islands and is a UNESCO World Heritage site. The Gwaii Haanas National Park Reserve is well-known for its spectacular wildlife and scenery, as well as the preservation of Indigenous villages. There are five main sacred sites to visit, and it is recommended that you hire a Watchman, a local Haida guide employed by the park.

If you want to get a close look at the natural landscape, renting a kayak and exploring by water can put you right next to humpback whales, puffins, and dolphins. There are also guided powerboat tours for those looking for something a little more relaxed.

Thaidene Nene National Park Reserve, located in the Northwest Territories, is a fisherman’s paradise. Great Slave Lake has some of the best fishing in the world, and it can be done 24 hours a day during the summer months. The lake’s name is a reference to the Slavey peoples, a group of First Nations Indigenous peoples who live in the area; their preferred name is Dene Tha’, and there has been a push to change the lake’s name.

For the majority of June and July in this region, the sun never sets, allowing you to begin your adventure whenever you want. A flight tour is another popular way to experience the park’s vastness. You can rent a small plane or a helicopter.

There are 46 national parks in Canada, and these are just a few of our favorites. More outdoor inspiration can be found, which is ideal for exploring in spring. 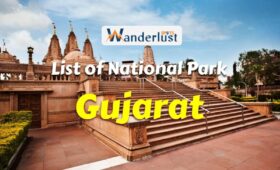 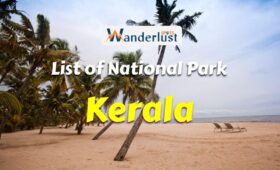 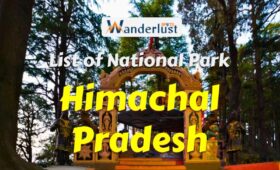