There is no doubt when you visit stunning places, the feeling is extraordinary. It is just like someone invited you for a dinner and you are impressed with their beautiful Villa. But when the host shares the photos and the process they had to go through to build it may even amaze you more. I like the idea of visiting places but more concerning their historical background. You can get a good feeling for what it is now, but to imagine how and what it passed through the ages may give you even more satisfaction because you start understanding it deeper. If you like history and thinking to know more, Guam’s has a rich culture and many historical places to visit.

Entry requirements for Guam are similar to any other U.S. destination and that is a visa requirement. Flight discounts and online tickets booking can be sought through the best discount codes, one of the easiest options available. You could also book through a Tour Operator as they have a combined package with all the necessary arrangements including ticket, hotel, meals and travel within cities. So it’s up to you, what you want to go for.

A Beautiful Resort Island attacked on December 8, 1941, after a few hours of the attack on Pearl Harbour. This American Island, Guam was captured by the Japanese and it remained under its occupation for 2.5 years. American forces recaptured the island on July 21, 1944, commemorated as Liberation Day. Since the 1960s, Guam’s economy has been run on tourism, and the U.S. military safeguards it. Now let’s get a peek at the historical places to visit in Guam,

This was completed in 1994 in concurrence with the 50th Anniversary commemoration of the Liberation of Guam. It serves as a memoir to those who lost their lives. This unit portrays beautiful views of the sea-side villages of Asan and Piti. The Asan Bay Oversee includes landscaped walkways, view sheds, and some commemorative bronze sculptures which depict the events on Guam during the WW-II Japanese occupation and battle in 1944. The memorials contain the names of the leaders of nations or high-ranking military officials, around 2000 U.S. servicemen and people of Guam who died during the attack.

Modeled after a community from the 40s era, this cultural village also known as Gef Pa’go Chamorro depicts the Chamorro lifeway. The village history precedes the 1521 discovery of Guam by the Spanish. Home to the legendary Chief Gadao, it is one of the best-preserved Spanish-era villages with rich history and culture and is listed on the National Register of Historic Places (NHRP).

This is a fortification near Umatac, Guam and one of the finest historical places to visit. Spanish built it between 1802 and 1819. The fourth of the four fortifications that protected the waterfront for galleons transiting between Acapulco, Mexico, and the Philippines, a roadway that fell out of use in 1815 with Mexican independence. The fort has been damaged by treasure-hunters over the years; it was made into a park following WW-II. This has also been listed on the (NHRP) places in 1974.

Known to be the first contact between Guam and Western Europe occurred for a Spanish expedition led by Ferdinand Magellan, a Portuguese explorer sailing for the King of Spain, King Charles I, later King Charles V, arrived with his 3-ship fleet in Guam on March 6, 1521, after a long voyage. History tributes the village of Umatac as his landing place, but drawings from the navigator’s diary advocate that Magellan may have landed in Tumon in northern Guam.

The Taleyfac Spanish Bridge is also on the (NHRP) historic places, known locally as Taleyfac Tolai Acho, is a historic stone arch bridge off Guam Highway in Agat, Guam. Crossing the Taleyfac River, this bridge has two stone arches. Originally had wood timber flooring, which has long been replaced. One of the arches has been damaged by the abstraction removal or through the erosional process. The bridge was built between 1866 and the United States’ acquirement of Guam in 1898, when Guam was under Spanish colonial administration.

Closing it up for now

It’s always a relish to visit such historical places when it takes you into a dream world of historic times. You are lost to think how the people were, how did they dress up or what were their main foods, culture, etc. So if you are thinking to go somewhere for a few weeks, this is it. Until the next adventure Adios! 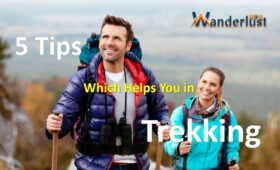 5 Tips Which Helps You in Trekking 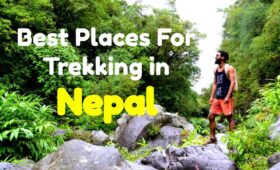 Best Places For Trekking in Nepal 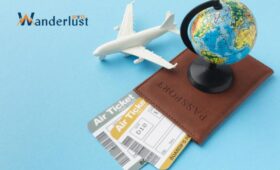