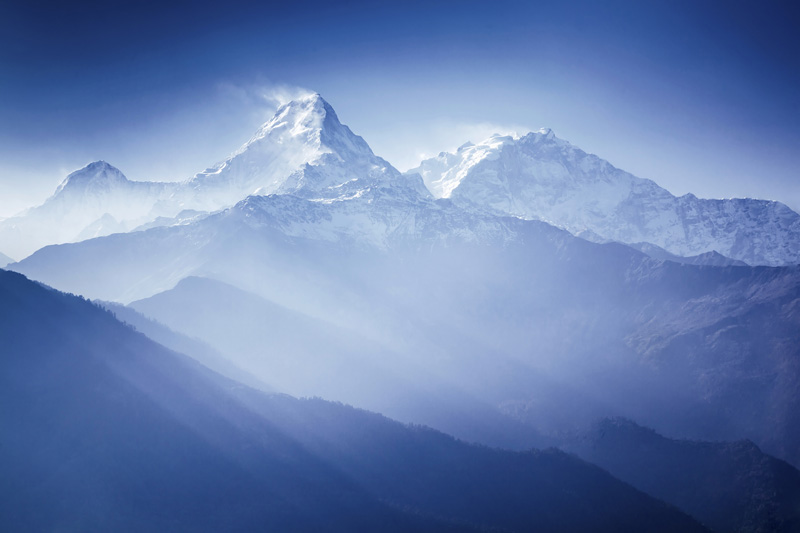 Not everyone gets the chance to witness the beauty of the Himalayas first hand. Lucky are those who have been able to soak in the sun of the Himalayan region. If you are interested in exploring huge mountains, try trekking in Nepal where you will be introduced to the most iconic peaks.

Nepal is home to the tallest mountain on Earth which makes this country even more spectacular. You can take up trekking and hiking in some of the most stunning peaks in the world and get a life changing experience. There are many beautiful peaks in the Himalayan region and the top 7 out of them are:

Top 7 Most Beautiful Peaks In The Himalayan Region

Mount Everest is a favorite destination amongst trekkers and adventure enthusiasts. The extremely giant mountain is located on the border between Nepal and Tibet. Mount Everest has a Tibetan name, Chomolungma, which means “Goddess Mother of the World”. It was confirmed as the tallest mountain in the world in 1856.

Everest Peak is the most spectacular peak in the world, with a height of 8848 meters above the sea level, making it the world’s highest peak. Located in the Sagarmatha National park of Nepal, people in huge numbers travel to its base every year to catch a glimpse of the Everest and many proceed to climb it as well. Not everyone can climb the tallest mountain in the world but many can get a chance to trek to the Everest Region and Everest Base Camp Trek is one of the most popular treks in order to see the mountain in its natural beauty.

With a height of 8,091 meters above sea level, Annapurna I is the tenth highest peak in the world. The Annapurna peaks are so beautiful that a crowd of trekkers come to this region every year to view the stunning peaks. Some of the most famous treks to view these peaks are Annapurna Base Camp Trek, Annapurna circuit, Ghorepani-Poon Hill Trek, Kaligandaki River Valley trek which takes you to the world’s deepest valley and the Annapurna Sanctuary Trek. This is followed by many shorter treks too.

Annapurna trek has the highest fatality ratio among the peaks which come in the category of 8,000 meters. The land of the region is arid and the culture is more Tibetan as compared to Hindu. Annapurna I can also be seen from the Ghorepani Poon Hill Trek.

Mount Machhapuchhre extends 6,993 meters into the sky above the mountain range of Annapurna in Nepal. The mountain is considered sacred which is why it has never been scaled by humans. It is believed to be associated with the Hindu God Shiva, which is why it is still untouched.

Being the second highest mountain in the Annapurna Range, it is also known as the ‘Fishtail Mountain’ because it has twin peaks that resemble the tail of a fish.

It is around 28 kilometers from Phewa Lake. Apart from being a sacred mountain, it is one of the most picturesque mountains offering a stunning sight when its surface is touched by the sun’s rays.

It is believed that only one attempt has been made to climb the summit which was in 1957 by a British team led by Jimmy Roberts. The climbers did not step on the top of the mountain as they had made a promise not to climb the summit. Since then the climb has been restricted on this mountain and it is considered sacred.

Langtang range is in the north of Kathmandu valley and being the closest to Kathmandu it can be clearly seen from the valley. Langtang Lirung is the most famous peak of the Langtang range which is 7234 meters in height.

Langtang region is an accessible one near the Kathmandu valley for trekking which offers short hikes or ventures lasting for a week. If you are short on time but do not want to miss the beauty of the Himalayas on a trek with an experience of the cultures of the Tamangs, Langtang treks are for you.

You will be able to escape the busy trails on the Langtang trek if that is what you want and will be warmly welcomed by the locals.

The Manaslu peak is the eighth highest peak in the world at a height of 8,163 meters above sea level and is amongst the most popular peaks. This peak located at the Manaslu Conservation Area has been summited by many and many still continue to submit it.

The Manaslu Conservation Area has long been very well known amongst the trekkers who are looking for less crowded places while it gives an insight into the cultures of Hindus and Tibetans with stunning views of the Manaslu Mountain.

As the trail experiences a few trekkers, you will have a different experience here from the treks in the Everest and Annapurna regions which are visited by innumerable trekkers all around the year.

The lifestyle of the locals has changed minimally which makes this region safe from the modernization and commercialization, thereby maintaining its authenticity. You will feel as if you have traveled back in time while being on this trek which is a good thing as you will realize what it is to be away from the hustle and bustle of the cities.

Kanchenjunga is the third highest peak in the world having a height of 8,586 meters above sea level, located in Taplejung district of eastern Nepal.

It consists of 5 peaks and is considered sacred by the locals, which is why the climbers have to stop just before the summit keeping in mind an old promise to in order to keep the sacred mountain untouched by man.

Kanchenjunga Conservation Area Project is in Nepal which is run by the World Wildlife Fund along with the Government of Nepal.

It is the seventh highest peak in the world which is 8,167 meters above sea level. It lies in the region of Dhaulagiri and you will be able to catch a glimpse of the peak from Muktinath on Ghorepani, Annapurna Base Camp and Dhaulagiri trek.

It was considered impossible to climb by the French expedition leader Maurice Herzog who instead summited Annapurna I in 1950. Dhaulagiri I was assumed to be the highest mountain in the world for 30 years.

The Himalayas are mystical and enthralling, luring millions from across the world to its lap. This vast mountain range is home to 10 of the highest peaks of the world which are all above 8000 meters. If you really wish to witness these snowy giants from close quarters, come to Nepal or India and leave yourself awestruck at their stunning beauty. 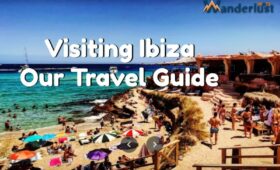 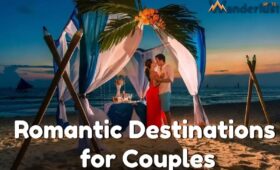 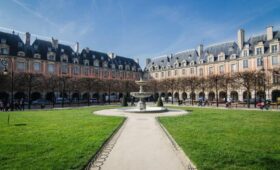 5 Historical Places to visit at the Guam Island