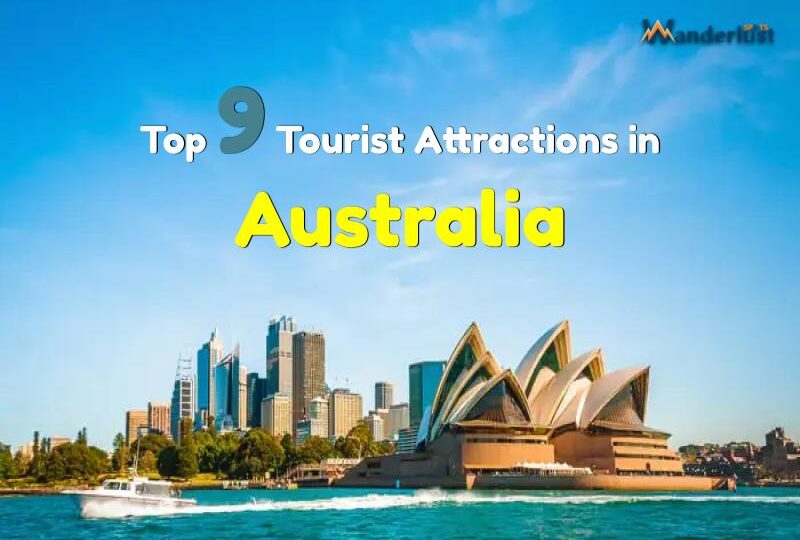 Australia makes for one of the most mesmerizing and attractive places across the globe. It compels any person from any corner of the world to visit it. The country presents vivid, distinct, and diverse flora and fauna with captivating and enthralling landscapes. Thus, tourism makes for an essential role in the Australian economy.

Additionally, Australia does not fall short of fascinating and enticing tourist attractions. These locations, buildings, or landmarks allure millions of people to visit the country every year. They may either be a natural attraction or a man-made one. Let us review nine of them in this article.

Located in the East Kimberly region in Western Australia, Purnululu National Park is a renowned World Heritage Site in Australia. The tourist spot features mesmerizing black and orange striped domes throughout the Bungle Bungle Range. They make for an unmissable and memorable icon across the entirety of the Kimberly region.

On top of that, Purnululu National Park remains covered with rocky and giant domes that appear to reach the skies. They remain located across the dusty and vast savannah plains, resembling beehives. Along with that, ancient and tall palm trees and isolated waterholes are the other features of the park.

Situated in New South Wales, the Blue Mountain National Park is a broad and protected area serving as a national park. It lies in an uplifted and relatively flat plateau region, irrespective of the “mountain” in its name. Additionally, it features multiple large rivers and urban areas.

The Blue Mountain National Park encompasses various habitats such as the dry and wet swamps, wetlands, and grasslands. The place entails numerous endemic and endangered plants and animals. It holds a third of the country’s bird species, mammals, frogs, and reptiles.

The Jindabyne Snowy Mountains is a mesmerizing place in Australia. It remains accompanied by captivating scenery, a beautiful lake, and majestic mountains. It allows all visitors to get in the arms of nature.

The Jindabyne Snowy Mountains, located in New South Wales, provides varying adventures and activities. They range from gentle to extreme. For instance, snowboarding and skiing are the activities for winter. The sports shift towards biking and hiking in the warmer months.

Another feature that makes the place attractive is the quality of any Jindabyne accommodation. The lodgings enhance the visitors’ experience with their perfect rooms and food.

Daintree National Park is a renowned rainforest located in Far North Queensland. Established in 1981, it is one of the Wet Tropics of Queensland and a World Heritage Site. The park remains separated into two sections.

The most notable and the oldest section of the Daintree National Park is the Daintree River. In addition to that, the rainforest remains highly valued for its exceptional and varied biodiversity. The area serves as the home to over 430 species of birds, a significant number of which are prolific and rare. Moreover, it has about 13 amphibian and 23 reptilian species of animals.

Uluru or Ayers Rock is a prominent and notable sandstone formation and UNESCO World Heritage Site in the southern region of Australia’s northern territory.

It is a highly distinguishable natural landmark and popular tourist destination of the country. Uluru is exceptionally sacred to the Pitjantjatjara, the area’s Aboriginal people, the Anangu.

The Ayers Rock is famous for its varying appearances. It seems to change color with the specific year and time of the day.

The Great Ocean Road is a National Heritage of Australia located between the two Victorian cities of Allansford and Torquay. It runs along the south-eastern coast of the country. The road got built for the soldiers who lost their lives in World War I, making it the largest war memorial.

Kangaroo Island makes for one of the best places for scuba diving. Also, it has several iconic and indigenous marine species along its northern coast that attract numerous people.

8. Horizontal Falls in the Kimberley Region

Also known as Horries or Garaanngaddim or Horizontal Waterfalls, the Horizontal Falls is an unusual yet natural phenomenon occurring on the coast of Western Australia’s Kimberly region. The spectacle leads to a horizontal flow of tidal water.

Although the attraction gets called a waterfall, no such water body exists. The intense hurtling and movement of the tidal currents through two exceptionally narrow gorges of the coast result in the water splashing or banking up significantly. It gives rise to the waterfall effect.

The Horizontal Falls is one of the most captivating and fascinating natural wonders that one can find globally.

The Cradle Mountain-Lake St. Clair National Park is home to numerous endemic Australian plant and animal species. Overall, the place serves as the habitat for approximately 11 of Tasmania’s bird species. Also, the vegetation of the park is highly diverse.

List of 10 Countries in Europe Offering the Best Tourist Experience 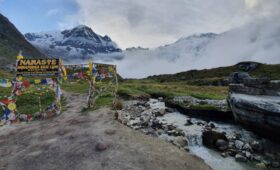 5 Best Treks of Nepal for People After Age 60 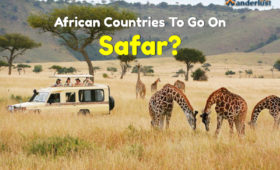 The Best African Countries To Go On Safari